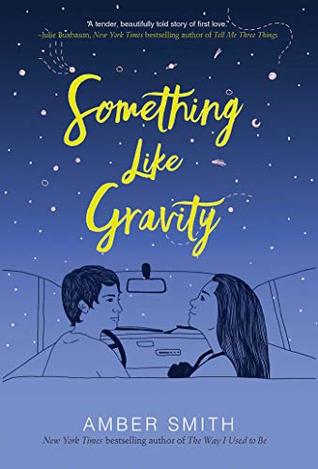 Goodreads Synopsis:
Chris and Maia aren’t off to a great start.

A near-fatal car accident first brings them together, and their next encounters don’t fare much better. Chris’s good intentions backfire. Maia’s temper gets the best of her.

But they’re neighbors, at least for the summer, and despite their best efforts, they just can’t seem to stay away from each other.

The path forward isn’t easy. Chris has come out as transgender, but he’s still processing a frightening assault he survived the year before. Maia is grieving the loss of her older sister and trying to find her place in the world without her. Falling in love was the last thing on either of their minds.

But would it be so bad if it happened anyway?

My Review:
When a book is compared to Simon vs. The Homosapiens Agenda, count me in, okay? Of course, not all books can be Simon and I feel like this one was far from it.

Chris is an interesting character, but there's little depth to him. He's transgender, but there isn't much to it other than him saying it. I'm not saying I wanted a parade or anything, but there isn't a lot of Chris talking or thinking about the situation. There are hints to an event that happened, there's the strained relationship with his parents, but, to me, it lacked depth.

To me, neither one of these characters have any depth to them. The relationship happens quickly, even though Maia knows Chris is transgender because she spied on him, not because he told her. Maia is good at keeping secrets, however. I felt like there wasn't a lot of time within the start of the relationship and the "I love you" so I was definitely caught off guard with that.

So many things come out towards the end and everything just kind of blows up in everyone's face. The end of this book is, in my opinion, very dramatic: teenagers traveling hundreds of miles to prove points but also not making much character growth.

Truthfully, this was an easy read. It had some good points and I feel like it had a lot of potential, but just didn't bring its best.
2019 release annoying mc arc lgbt lgbtqia meh three stars transgender