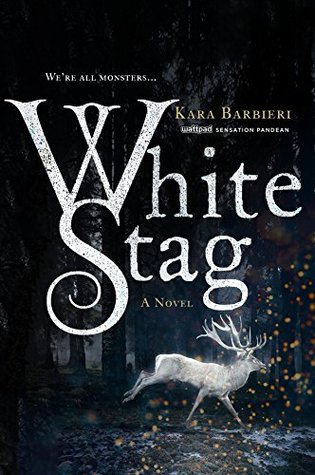 Goodreads Synopsis: As the last child in a family of daughters, seventeen-year-old Janneke was raised to be the male heir. While her sisters were becoming wives and mothers, she was taught to hunt, track, and fight. On the day her village was burned to the ground, Janneke—as the only survivor—was taken captive by the malicious Lydian and eventually sent to work for his nephew Soren.

Janneke’s survival in the court of merciless monsters has come at the cost of her connection to the human world. And when the Goblin King’s death ignites an ancient hunt for the next king, Soren senses an opportunity for her to finally fully accept the ways of the brutal Permafrost. But every action he takes to bring her deeper into his world only shows him that a little humanity isn’t bad—especially when it comes to those you care about.

Through every battle they survive, Janneke’s loyalty to Soren deepens. After dangerous truths are revealed, Janneke must choose between holding on or letting go of her last connections to a world she no longer belongs to. She must make the right choice to save the only thing keeping both worlds from crumbling.

Okay. So. Where to begin with this one? I liked it? I made the mistake of reading some other review before I started reading this book so I wasn't really sure what I'd decided to get into. I requested it from NetGalley because I was looking for something fantasy that would hold my attention.

This book was decent. I'm not familiar with Wattpad, so I don't know how it works and how things become popular or whatever. This book definitely had a lot of potential for me to really enjoy it, but there are just a few things that felt off to me.

I liked Janneke as a character. She's sarcastic and strong-willed, but also a little annoying? Janneke has been Soren's "thrall" for nearly a hundred years and she's just now thinking about escaping. We don't get a lot of background about their relationship, just that she goes everywhere with him and, though she's human, she isn't a "slave". (Only he owns her so she kind of is.) Soren is okay. He's not all "beastly" and she describes him as beautiful. He seems to treat others kindly and not behave like all the other goblins.

When the Golbin King is killed The Hunt begins and Soren elects to take Janneke, which makes everyone crazy because apparently they all hate her. I don't really know, there's not a lot of history on it.

Soren and Janneke's relationship is kind of weird. You can tell that he has feelings for her, but she obviously thinks he's gross for most of the book. This definitely has a Beauty and the Beast feel about it, considering how the relationship changes while these two are on The Hunt.

I felt like the majority of the story was Janneke doing things that just showed what a badass she was. You do get a little backstory on how she was raised to be "the male heir" (which didn't make sense, but okay) and so she was obviously trained in tracking and fighting. I'm assuming that one hundred years living with goblins helped that, too.

I liked the progression of the story and the relationships formed, but I definitely had some issues with some of the world building. It felt like the author took German legend, Norse mythology, Nordic folklore and then threw some knives to see which ideas she would use. More concrete storytelling and world building would have been nice.

Thanks to NetGalley for the ARC in exchange for a review.
2 stars 2019 release 3 stars arc beauty and the beast fantasy folklore it was okay mythology netgalley weird