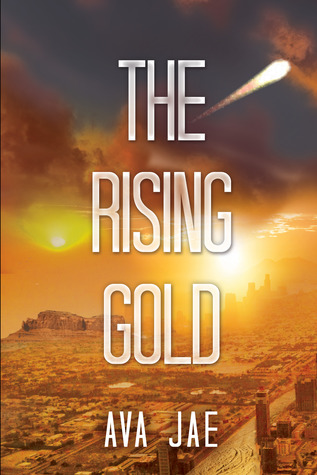 Goodreads Synopsis:
A new world ruler is crowned.
Plunged into a crumbling world of foreign politics that is desperate for a leader, Eros chooses a loyal prince to help him navigate the hostile sands of Safara. But not everyone is happy to see a half-blood become the most powerful person on the planet.

A queen must restore her nation.
In power once more, Kora faces new challenges and a difficult decision that puts someone close to her in mortal danger. The wrong choice could destroy her relationships, her right to rule, and her life.

A rebellion is brewing.
With their world collapsing around them, new threats spreading across the globe, and their loved ones at risk, the people of Safara―Sepharon and human alike―depend on Eros and Kora to fix their bleeding world. But with generations of hate stacked against them, the two young monarchs may be doomed to fail.

Where to start with this one.

Okay. When I read the first book in this trilogy I was SO EXCITED about what was going to happen. I got to read it as an ARC and I absolutely loved it. It had heartbreak and betrayal and space and shit. It was great. The second book was good, though things definitely took a different turn than the first one, and I'm fine with that. I love romances of all kinds, as long as it's done right. But my ship was kind of sunk and that made me sad. I didn't write a review for it, either, which sometimes means something, but also sometimes means I'm being lazy.

Onto the third book. This book was slow. For over 400 pages, it really didn't feel like a lot happened. Eros is Sira (world monarch) and Kora is back ruling in her own territory. They aren't close together and will never be together. Got it.

It doesn't matter anymore because Eros has completely fallen for his adviser, Deimos. Only he has never been in a relationship, much less a relationship with a guy, so there are issues.

But, seriously, it's kind of all he thinks about. And it's kind of annoying. There are some sweet moments between the two of them, but when Eros isn't thinking about how to hold Demios' hand or having panic attacks I don't feel like he's doing much of anything. I almost DNFd at about 40% until he finally punched someone and it was like THANK YOU FOR SHOWING UP.

Things continued to move slowly, even after he showed some kind of character. It felt like it was the same argument or scenes over and over and then the ending just...happened. Everything felt rushed and then it was over.

It was an okay end to the series, though I still have a lot of questions about some things that did or didn't happen. To me, it felt like the characters lost their passion from the first book to now. I don't know. I'm sure there are people who will love it and I sincerely hope they do!