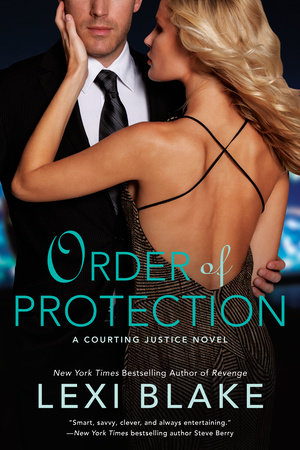 Synopsis:
To high-end defense attorney Henry Garrison, Win Hughes is a woman he met during one of the most trying times of his life. She's soft and warm, and he finds solace in their brief relationship. But Win has a secret. She's actually Taylor Winston-Hughes--born to one of the wealthiest families in the country, orphaned as a child by a tragic accident. Win moves in the wealthiest circles, but her lavish lifestyle hides her pain.

When her best friend is murdered in the midst of a glittering New York gala, Win's charged with the crime, and the only person in the world she wants to see is Henry.

Henry is shocked at the true identity of his lover, but he can't reject the case. This trial could take his new firm into the stratosphere. Still, he's not getting burned by Win again. And yet every turn brings them closer together.

As the case takes a wild turn and Win's entire life is upended, she must look to the people she's closest to in order to find a killer. And Henry must decide between making his case and saving the woman he loves...

My Review:
I've never read anything from Lexi Blake, but I was enjoyed this one. I'm sometimes wary of romance stories for a lot of reasons. This book definitely had its flaws but was a good read overall.

When Henry first meets Win he has no idea who she is. He thinks she's a townie, like him, when she runs by his house on the beach. Things heat up right away between the two of them, which is one of the problems I had with the story. Henry is absolutely an alpha male and has a severe need to prove it since his marriage fell apart, very publically.

The two come to an agreement and once their time is up, they don't have anymore contact.

Until Win gets convicted of murder and she needs the Monster of Manhattan to represent her.

Henry is furious when he finds out the truth and chaos sort of ensues from there. His need to prove himself and be the jerk AND the hero was a little annoying. I didn't really like Henry at all and, to be honest, I didn't feel like he deserved Win. She'd made a life for herself despite all of her hardships and was trying to make herself a better person.

When everything hits the fan it was definitely a good story. I liked the twist a lot and was kind of glad that it all worked out the way it did. Win was a good character and deserved her happy ending.

I'm interested to see how the rest of this series plays out.
alpha male contemporary first to read romance three stars