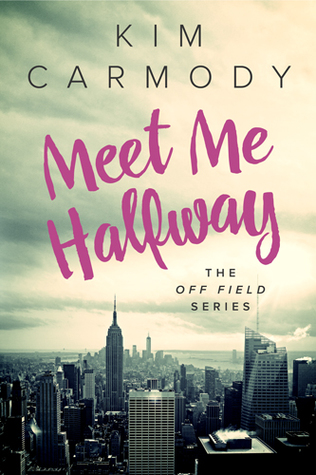 An ambitious journalist on a fast track to success.

A first round draft pick determined to keep his personal life his own.

And a story that proves sometimes opposites really do attract.

Olivia Callahan is a woman on a mission. Her boss has given her the green light to produce her very own documentary, and she’s not going to let anything get in the way of perfection.

After a few setbacks in college, Nate Sullivan is finally on his way to the big leagues as the newest recruit for the New York Warriors. Determined to put his somewhat colorful past behind him, Nate’s all about the straight and narrow as he sets out to prove he’s worthy of his first round draft pick.

The last thing Nate wants is to delve into stories from his past. But when his new team directs him to set the record straight, he has no choice but to cooperate with the feisty, determined reporter who shows up on campus. Olivia is thrilled that Nate Sullivan is her man. His colorful background is just the thing to take her story from memorable to award winning.

What neither of them expected is their attraction to one another, yet try as they might, determination gives way to temptation eventually. As Nate battles to protect his privacy and Olivia fights to produce the story of her career, they must decide what they’re willing to give up in order to gain each other.

My Review:
I'm always a little wary when requesting romance novels from author's I don't know, but I was pleasantly surprised with this one!

Olivia is an up-and-coming sports reporter who is hardworking and driven. Her career is something she values and it's her main focus...until she meets Nate...kind of. Nate has just been drafted to a professional football team and it's Olivia's job to show the world who he really is in a documentary for the sports channel she works for.

Olivia is a no-nonsense kind of women and Nate is, well, he's a college kid. When they meet there is immediate attraction, but it isn't insta-love, more like insta-lust. The two of them are definitely drawn to each other but they also do a nice job of not giving into it. Well, they don't give into it immediately.

I liked Nate as a character a lot. He's young but ambitious when it comes to his career. He knows what he wants and he works hard to get it. A lot of people think that he made a mistake early on in his college career but as the real story unfolds you learn a lot about Nate as a person, and he's a good one. It's also obvious that he really cares about Olivia (despite some not-so-nice things he says) and wants to be with her no matter what.

As far as Olivia goes, she's definitely interesting. I love how hardworking she's written to be, but I also think that hinders her a little bit. She's obsessed with the age gap between her and Nate, but it's only five years and not that bad. As the story progresses her change is obvious, right up to the last sweet little page. I love character growth and sometimes we don't see that in romance novels, but Carmody does a great job expanding these characters.

There was, of course, some drama, but I think it fit the story well. There was no absolute silliness and everything was handled in adult ways. The physical relationship between the two characters helped the story, but didn't define it. There were well-written emotions involved and plenty of excellent dialogue. All in all a good, quick read. I'm glad I requested it!

Thanks to NetGalley and Kim Carmody Books for the ARC.