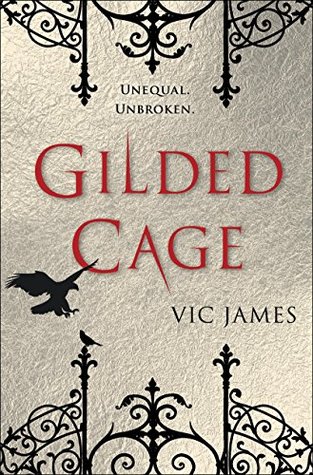 Goodreads Synopsis:
For readers of Victoria Aveyard and Kiera Cass comes a darkly fantastical debut set in a modern England where magically gifted aristocrats rule—and commoners are doomed to serve.
NOT ALL ARE FREE.
NOT ALL ARE EQUAL.
NOT ALL WILL BE SAVED.

Our world belongs to the Equals—aristocrats with magical gifts—and all commoners must serve them for ten years.

But behind the gates of England’s grandest estate lies a power that could break the world.

A girl thirsts for love and knowledge.
Abi is a servant to England’s most powerful family, but her spirit is free. So when she falls for one of their noble-born sons, Abi faces a terrible choice. Uncovering the family’s secrets might win her liberty—but will her heart pay the price?

A boy dreams of revolution.
Abi’s brother, Luke, is enslaved in a brutal factory town. Far from his family and cruelly oppressed, he makes friends whose ideals could cost him everything. Now Luke has discovered there may be a power even greater than magic: revolution.

And an aristocrat will remake the world with his dark gifts.
He is a shadow in the glittering world of the Equals, with mysterious powers no one else understands. But will he liberate—or destroy?

My Review:
I was pretty excited to start this book. The summary caught my attention on NeGalley and I can't pass up a good fantasy book, especially when there's talk of a revolution.

With that being said, I was a little disappointed in this one. For a debut novel I think it's got a lot of potential but I also don't feel like it was fleshed out very well.

This story follows siblings Abi and Luke as their family volunteers for their ten years of slavery that all commoners in Britain must do. If you aren't a Skilled Equal then you really aren't even human. The family is split up with the majority of it being sent to a posh mansion to serve and Equal family while Luke is sent to a slavetown to serve his ten years.

My first problem with this book is that there are so many characters. That seems like a stupid thing to be upset over, but when the story is supposed to focus on Abi and Luke and there are multiple other POVs it gets a little confusing. I feel like you only really get to know Luke throughout this book. Even Abi, who is supposed to be an intelligent young woman who gave up med school to serve her slave years falls flat. I think that mostly has to do with her infatuation with the Equal, Jenner, who is one of the masters of the family they serve.

Luke's POV is truly the only part of the book with heart, in my opinion. He cares about others and sees the wrongness of Slave Days. He wants to make a difference and sacrifices himself during his time in the slavetown. Once he leaves the slavetown and is reunited with his family, things turn dark.

At one point, in the last twenty percent of the story, I just stated skimming the pages. Name after name was being added as the Equal families were introduced and I felt like it took away from the rest of the book. I understand that the author was setting up the scene's importance, but it didn't feel like it was needed to me.

Some of the "magic" and the way things came to be wasn't quite explained well enough, so I think that was one of the main points I'd like to see fleshed out more in the next books. I am interested to see what happens with the rest of these characters and I do hope that we get a better grasp of this universe in the next book. I think a little nurturing would do this series well.

Thanks to NetGalley and Del Rey for the ARC.
2017 release arc fantasy it was okay meh netgalley review young adult