(Review) The First Rule of Swimming 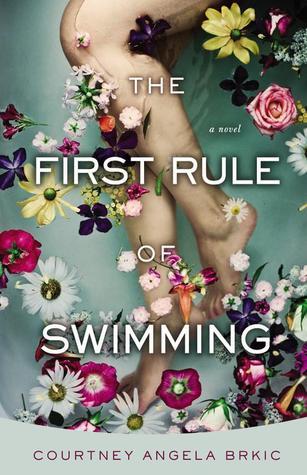 Goodreads Synopsis:
A woman must leave her island home to search for her missing sister-and confront the haunted history of her family.
Magdalena does not panic when she learns that her younger sister has disappeared. A free-spirit, Jadranka has always been prone to mysterious absences. But when weeks pass with no word, Magdalena leaves the isolated Croatian island where their family has always lived and sets off to New York to find her sister. Her search begins to unspool the dark history of their family, reaching back three generations to a country torn by war.

A haunting and sure-footed debut by an award-winning writer,The First Rule of Swimming explores the legacy of betrayal and loss in a place where beauty is fused inextricably with hardship, and where individuals are forced to make wrenching choices as they are swept up in the tides of history.

My Review:
Like a majority of books I read this one has been on my kindle for awhile. I actually don't think I knew what it was even about when I bought it.

Magdalena is a thirty-something teacher living on a small Croatian island when her sister, Jadranka, goes missing in America. Jadranka's disappearance pulls Magdalena to America while their grandmother is left alone to care for Luka, their grandfather, who has suffered a severe stroke.

I enjoyed this story for what it was: a tale of a broken family finding itself again. With that being said: there was a lot going on in this book. It's told from multiple perspectives, including Luka's from his deathbed. The narrative goes back and forth between the past and the present without too much warning, so it was confusing at times.

The story in itself was a good one. Both sisters are working on uncovering family secrets and there are more than they both can even fathom. They're mother is estranged for reasons that she won't delve too deep into and basically no one really knows the other person. Like, at all.

It took until about 40% before I was really, really into the storyline. I enjoyed the parts of the past, but it was the present that really stuck with me. It was a great mystery unfolding as Jadranka maneuvered through life in NYC and found her long lost uncle. Or as Magdalena reconnected with an old flame who helped her find her sister.

I had some theories floating around but they were, thankfully, wrong. (It involved incest and that's bad.)
All in all this was an impressive debut. (Yes, from 2013. I'm slow.) Pick it up if you're into family drama things.