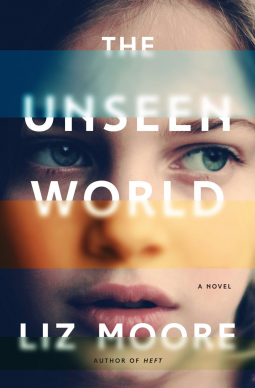 
NetGalley Description:
A heartbreaking and moving story about a daughter’s quest to discover the truth about her father’s hidden past.

Ada Sibelius is raised by David, a single father and head of a computer science lab in Boston. Homeschooled, she accompanies her loving father— brilliant, eccentric, socially inept—to work every day. By twelve, she is a painfully shy prodigy. The lab begins to gain acclaim at the same time that David’s mind begins to falter and his mysterious past comes into question. When her father moves into a nursing home, Ada is taken in by one of David’s colleagues. She embarks on a mission to uncover her father’s secrets: a process that carries her from childhood to adulthood. Eventually, Ada pioneers a type of software that enables her to make contact with her past and to reconcile the man she thought she knew with the truth. What Ada discovers on her journey into a virtual universe will keep the reader riveted until The Unseen World's heart-stopping, fascinating conclusion.

Praised for her ability to create quirky and unforgettable characters, Liz Moore has written a piercing story of a daughter’s quest to restore the legacy of the father she desperately loves.

My Review:
I wasn't quite sure what I was getting into when I requested this book. It sounded intriguing so I thought why not?

Ada is a young girl living with her father David. David is smart and eccentric and probably strange to those people who don't know him well. We learn that Ada was born via a surrogate and she has been "homeschooled" by her father  Clearly, Ada is a brilliant child, but when David's mind starts to fail everything in her life starts to fall apart.

David is suffering from Alzheimer's and is moved into a home, while Ada moves in with Liston and her family. This story is really, to me, about Ada's life and how it changes after David is put into a home. She goes to school for the first time, makes friends (and enemies), and learns a lot of about herself and others.

While Ada is learning how to be a normal teenager, she's also finding out that her father was not who he said he was.

It took a while for me to get into this book and there were some parts that completely when over my heard. There is a lot of computer science talk and a lot of decryption and encryption speak that I just didn't understand. I felt like this book was long, even though it took a me a day or so to read. I liked reading about Ada and seeing her growth, and even seeing her as an adult. She was an interesting character in both aspects and her love for her father was touching.

I loved reading her interactions with Liston's family and seeing as she realized all the new feelings she could feel. Ada's relationships with Liston (Diana) and her sons were interesting, each with their own dynamic. There were definitely some cringe-worthy times during Ada's adolescence, but it was all done very well. The emotions and characters were developed beautifully.

This was definitely a good read, but I feel like it could have been slimmed down a little.