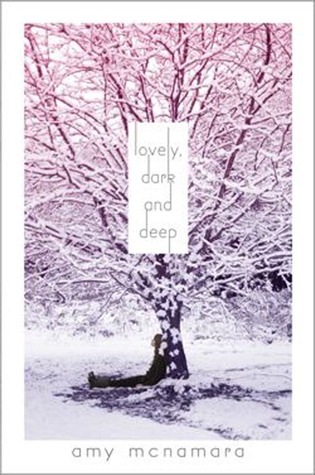 
Goodreads Synopsis:
Wren Wells is trying to outrun the accident that killed her boyfriend and wrecked her plans to live a normal life. Instead of going to college, she retreats to her father's isolated art studio. There, in the remote northern woods of Maine, she meets Cal Owen, a boy who wears his own hurt like a badge. But when their connection threatens Wren's hard won isolation, she has to choose: open up her broken heart or join the ghosts who haunt her.

My Review:
This book has been sitting on my shelf for a while and, in an effort to actually read some of the books I already own, I picked it up.

Wren (also known as Mamie, to some) has suffered a tragedy and has separated herself from her old life. She's off in the woods of Maine, sleeping and running and not doing much else. At first glance Wren seems much older than she really is. I expected her to be a young adult, instead of a newly graduated teenager.

As you get further into the story you see that Wren really is true to her age. She can be selfish and mean, but she's also been through a lot. Wren just wants to be left alone to mourn, but everyone tries to bring her back to the land of the living.

When Cal almost runs over her things change. She's drawn to him for a few different reasons. He's good-looking, of course, and he's broken...like she is.

I didn't really understand how she fell so quickly for him, but as you read you get a better glimpse at their relationship. They both have their burdens to bear.

Wren seems to come alive with Cal, but it scares her. Any time something good happens Wren withdraws back into herself until she almost disappears.

This story is full of colorful characters and words that paint a lovely picture of grief and recovery.