(Review) The Way We Fall 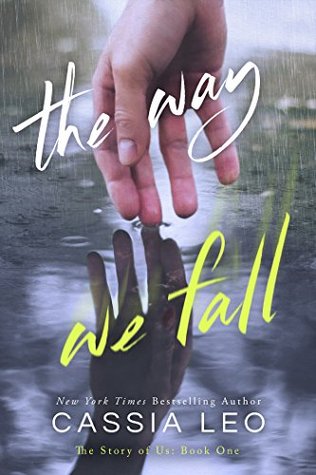 Goodreads Synopsis:
Five pages. A letter holding a secret buried for more than five years. A secret neither of them wanted to know.

Five years after their messy breakup, Houston and Rory are forced to work together opening up a new wine bar. Despite their tragic past, they find themselves once again drawn to each other, unable to deny their potent attraction.

But the secret of the letter hangs like a guillotine over their heads. And soon, Houston finds himself in the same position he was in five years ago, choosing between the truth and the only woman he’s ever loved.

My Review:
I picked this book up as a freebie and was looking for something short and fluffy to read this weekend, just to get my mind off the work week. Well, I chose wrong because this book is anything but fluffy.

Rory is a college graduate working in a grocery store while simultaneously writing her novel and hanging out with her dog, Skippy. She doesn't date because she's still broken up about Houston, her college boyfriend.

Houston owns his own beer brewing business and they meetup again after five years when the store Rory works at opens a bar selling Houston's brews.

You would think this would be a typical "see you again/sparks fly" kind of thing, but it isn't. Because Houston is totally married.

This book flashes back to times when Rory and Houston were together, after Houston's sister died. Rory and Hallie were best friends and roommates until Hallie killed herself and left no explanation as to why. Houston and Rory get together pretty quickly after Hallie's death, though there are even further flashback scenes showing that Rory always had a crush on Houston. Their relationship, however, is mostly built on the pain that they both share and is kind of hard to read.

Honestly, I felt like Houston was a huge jerk throughout the whole book. He's cocky and mean, both to Rory and, you know, his wife. Sure, Tessa isn't the best, but Houston kind of treats her like crap.

I so love dramatic stories where people get to overcome terrible things that happened to them, but I don't feel like this is one of those stories. Rory is so crippled by Hallie's death and her breakup that she doesn't date or go out with her friends. Or, honestly, even have a lot of friends. The reappearance of an old classmate, Liam, finally gets her off her butt and into the "dating" world, but Houston ruins that too.

Honestly, I almost flounced at 75% because this book took a turn for one of my hard limits. I don't like to read stories about cheating (SPOILER ALERT), no matter what the circumstances are. Even with Houston's lame excuse and the appearance of Hallie's suicide note do not give them the right to cheat. I feel like both of them got what was coming to them in the end even though, I'm sure, they'll get their happily ever after in the other two books of the series.

I think this book had a lot of potential, but I wasn't happy with the way things played out. Rory had a potentially good thing with Liam, but threw it away for Houston who wasn't ever even hers to begin with. I might be picking up the other two books of this series, but I honestly wasn't that connected with the characters, so it's a toss up.