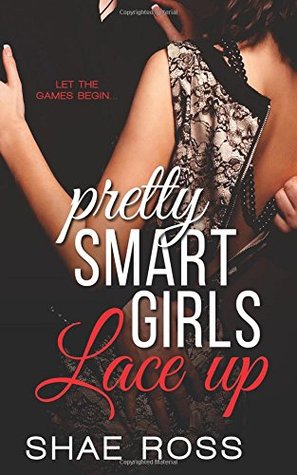 Ryan Rose and her fellow Spartans are finalists in a high-profile entrepreneurial competition. They're competing for life-changing money and for their futures. They have a solid plan to win. All they need to do is trounce the competition: rich frat boys from an archrival university. Easy, right?

Jett Trebuchet's first mistake was not realizing that Ryan and her friends were the competition. His second was expressing his unabashed confidence in his team’s ability to win. After all, everyone knows the only thing MSU does better than U of M is produce beautiful, easy women…oh, and he almost forgot to say “dumb.” And boy, does his team pay for that one.

Game On
As each side tries to game the other, something else seems to be getting in the way—attraction. Now Ryan and Jett must keep their teams from getting distracted by the opposite sex...and each other. All is not fair in love and war when it comes to winning this game.

My Review:
I'm going to preface this by telling you this is the first book I've read in two weeks. I love reading. I read everyday, but I've gone back to work after a lovely summer and it's taken a toll on my reading. So, here we are.

I was super excited to hear from an assistant to Shae Ross who offered this ARC in exchange for an honest review. I've never been offered an ARC, so this was really fun for me!

Ryan and her friends have been chosen for an entrepreneurial competition against Jett and his friends. The teams come from rival schools so there is already some animosity between them, which results in a pretty humorous beginning.

I really enjoyed the lightness of this book, even though it seemed a little far-fetched at times. It was practically a given that the three boys and three girls would fall for each other and complicate their competition further.

The book was more than just shenanigans and "action", though. The parts that described the actual competition and the tasks that the team had to complete were fun and interesting. They also brought out the characters' personalities and let us see that the girls (and guys) were more than just pretty faces. All six of the characters had different backstories and lives, which was incredibly refreshing.

I loved seeing Ryan and Jett's relationship grow. There was an instant attraction, but as they got to know each other they found that they had much more in common than they thought.

There was, of course, the usual drama. I appreciated that it didn't take much from the story. It was pretty easily resolved so there wasn't too much angst floating around.

This was a quick, sweet read. I look forward to reading about the other characters.

Thanks to Entangled: Embrace for the ARC.